What is a circular economy for batteries? 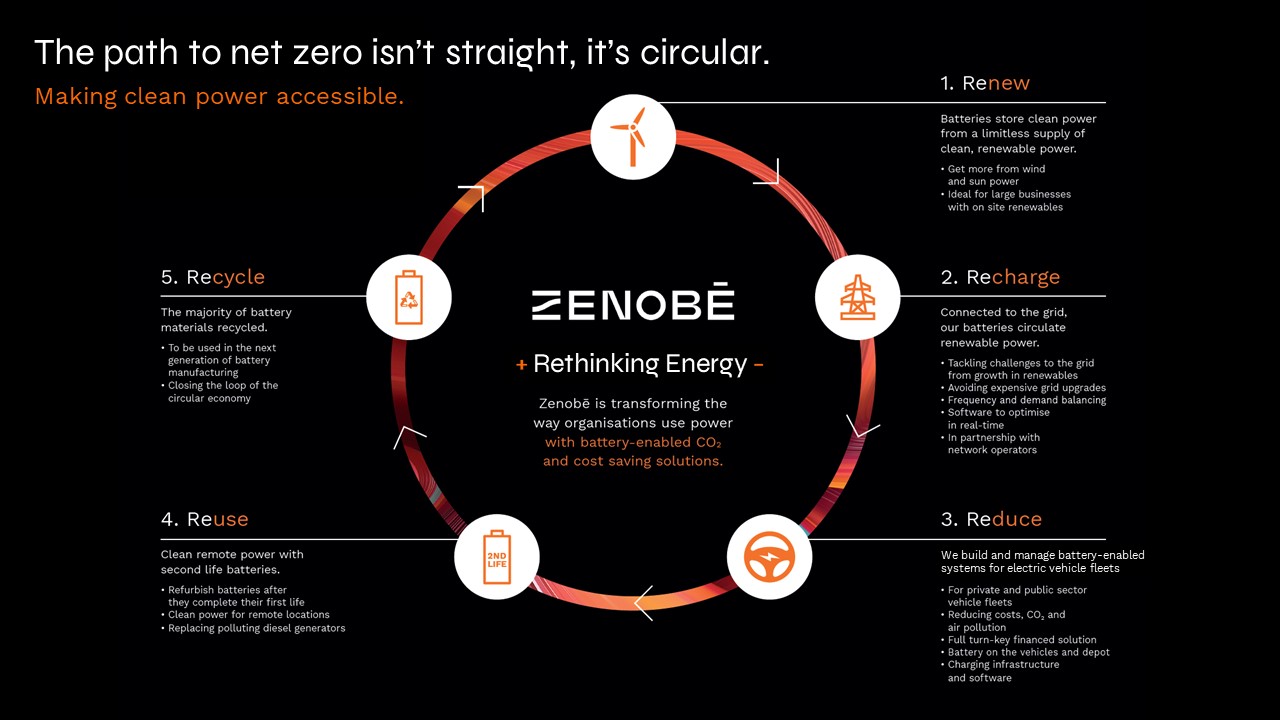 To electrify our energy systems, it will be necessary to develop a sustainable life cycle for batteries so that critical minerals can be used as efficiently as possible. How can we ensure that the UK’s energy transition follows the principles of the circular economy?

Let’s consider an uncomfortable truth: to decarbonise our energy economy and to electrify our transport system, we need minerals extracted from the earth. While not nearly as environmentally destructive as the fossil fuel economy, our emerging electric economy will require large amounts of certain raw materials. For example, we are going to need a lot of lithium, nickel and copper – key ingredients in batteries, which are necessary to power electric vehicles and to store the energy that wind turbines and solar arrays generate. Meeting surging demand for these metals could mean opening new mines, with many located in loosely regulated, economically marginalised and ecologically sensitive regions of the world. So that we can genuinely call renewable energy clean, we need to manage and reduce this demand, combining decarbonisation with other kinds of environmental protection.

This means improving supply chain transparency, while ensuring that minerals are used as efficiently as possible. Some organisations use data to map global battery supply chains, enabling companies to make more informed sourcing decisions.[i] Others, such as Zenobē, make supply chains more local – and therefore easier to map. We achieve this by re-using materials, constructing a circular economy and cutting demand for new mining.

A Second Life for EV Batteries

An EV battery has a first life expectancy of 15 years. After this period, the battery can no longer meet the demands of powering a vehicle – but it still retains around 70% of its original capacity. If it meets safety and performance standards, the battery can start a second, stationary life – replacing diesel generators at music festivals, for example, or powering commercial premises with stored solar energy. Zenobē’s second life projects, redeploying old batteries in bus depots to charge electric vehicles, have extended battery lifetimes by 30%.[ii] We have also formed a partnership with the electric car racing competition Extreme E, providing them with a 120 kWh second-life battery. Previously used to power a bus in Stockholm, this battery has been upcycled and refurbished. We call him Björn. In his second life, Björn uses his untapped capacity to power a racing paddock, electrifying garages and energising broadcast infrastructure.

Reusing batteries has exciting industrial scope: if just one third of all retired EV batteries were put to new use, the global second life market could reach 26 GWh by 2025.[iii] Second life measures reduce the need for new batteries, in turn cutting demand for mineral extraction. But inevitably, re-used batteries reach a point at which they can no longer operate. Rather than seeing these exhausted batteries as problematic waste to be discarded, we should understand them as ‘urban mines’ – rich sources of the precious minerals than can allow us to live more sustainably. At present though, recycling EV batteries is commercially and technically challenging – and that needs to change.

Over the past decade, half a million tonnes of lithium has been extracted and refined.[iv] Much of this lithium now lies dormant in discarded batteries – but it can be recovered and put to renewed use. Systematic recycling could transform other kinds of waste, as well as old batteries, into sources of key materials: the combined worth of the substances contained in the world’s accumulated e-waste is $57 billion.[v] As Dr Paul Anderson of the Faraday Institution puts it, ‘recycling truly is the key to the sustainability of the electric revolution’, with the potential to establish a more circular energy economy by substantially reducing dependence on mining.[vi] If we put the right practices and policies in place, then by 2040 we could cut demand by around 25% for lithium, 35% for cobalt and nickel, and 55% for copper.[vii]

To construct this cyclical system, we need to overcome some challenges. Most batteries are not currently designed with reuse and recycling in mind. This means recovering minerals from them is very expensive. There are two primary methods for recycling lithium-ion batteries: comminution and disassembly.[viii] In comminution, batteries are shredded, and minerals harvested through leaching or evaporation. In disassembly, batteries are methodically deconstructed to their component cells. While disassembly requires a bigger initial outlay than comminution, it salvages purer minerals. Whichever technique is used, dismantling a battery module is a complicated process, and it can cost 60% of the value recovered. Industrial researchers like ReLib are currently investigating the possibility of reducing these costs through automation, making recycling more commercially viable.[ix] Providing this emerging industry with adequate regulatory support and investment could allow the UK to source nearly half of its cobalt domestically by 2035.[x] Meanwhile, manufacturers could simplify the route to a circular economy by prioritising recycling criteria during the design process.

As well as making transport systems as resource-efficient as possible – fewer personal cars, more buses, trains and bike lanes – the Government should introduce regulation to ensure reuse and recycling flourish. Dispersed across the UK, rich mineral deposits are hiding in plain sight, encased in old phones and laptops. We need to put these minerals to new use – and we need to act now to prevent a future glut of wasted EV batteries. Creating a circular battery economy would help us to stop repeating the environmental mistakes of the past century. It would dramatically improve national self-sufficiency, sustainability, and energy efficiency, and it would accelerate progress to net zero. The UK must grasp a golden opportunity to construct self-sustaining energy and transport systems, finding new uses for batteries when they reach the end of their first life, and harvesting minerals from them once they no longer fulfil that second purpose.